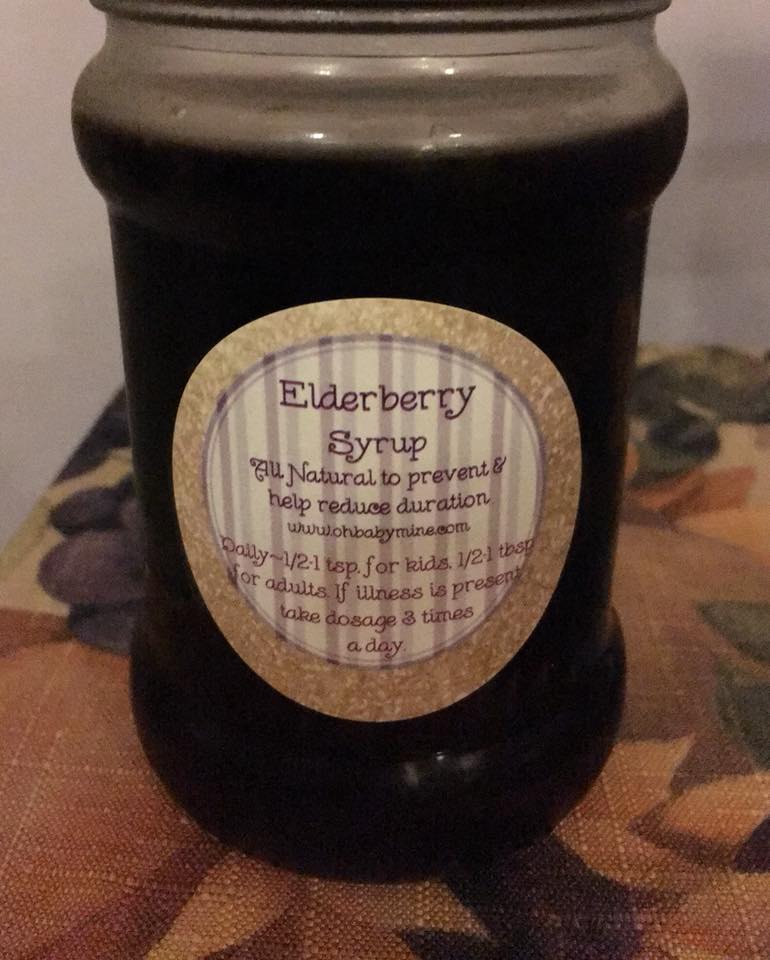 Immune System
Elderberries are particularly rich in flavonoids, especially anthocyanins which are responsible for their deep purple (almost black) colouring. These powerful antioxidants work to keep the immune system strong and resilient. Dr Gerhard Rechkemmer is the President of Germany’s Federal Research Institute for Nutrition and Food. His research has shown that the anthocyanins in elderberries boost the production of cytokines – proteins that act as messengers within the immune system – thereby enhancing the body’s immune response. Cytokines play a crucial role in the immune system’s response to disease and work in ways very similar to hormones. They can be both inflammatory or anti-inflammatory depending on what is needed and are released by immune cells either directly into the blood stream or locally into body tissue during an immune response.
These tiny berries are also believed to contain antiviral agents– compounds so potent they are thought to deactivate viruses. Viruses are unable to multiply on their own and need to get inside a healthy cell to do so. They are cleverly coated with something called “haemagglutinin spikes” to help them pierce the cell wall. These viral spikes are also covered with enzymes which the virus uses to break down the cell wall. Elderberries have high concentrations of bioflavonoids which appear to inhibit the action of this enzyme, thus deactivating viruses and rendering them unable to pierce the cell wall and replicate.
The Elderflower is also packed with bio-flavonoids that help to boost the immune system. Research has shown that Elderflowers are also effective in killing common pathogens.
Colds/Flu
The humble elderberry is perhaps most famously used for the treatment of colds and flu. There is much evidence for its effectiveness, with a double-blind, placebo controlled trial conducted during an outbreak of influenza B in Panama in 1995. The study found that within 2 days there were significant improvements in symptoms, including fever, among 93.3% of those taking elderberry syrup. 90% of the elderberry group were completely well again within 2 – 3 days compared to 6 days in the placebo group.
In 2016 another study by School of Pharmacy, Griffith University, Australia published in “Nutrients” , showed that supplementation with elderberry can reduce the symptoms and duration of a cold in air travellers. Travellers who used elderberry for 10 days before travel and up to 5 days after arriving overseas experienced an average 2 day shorter duration of their colds, and a noticeable reduction in their symptoms.
The Elderflower is an "anti-catarrhal" herb, meaning it is extremely effective for runny noses and congestion. Anti-catarrhal herbs prevent excess mucous formation and aid in removing mucous and reducing inflammation in the body.
Cystitis/Urinary Tract/Bladder Infections
Most commonly affecting women (although men are certainly not exempt), UTI’s, cystitis and bladder infections cause a world of misery and pain. The constant urge to urinate, accompanied by a burning sensation can leave the sufferer feeling housebound and depressed. Elderberry tea may bring significant relief from this debilitating condition – first and foremost acting as a diuretic. This is important as it causes the kidneys to continually flush out toxins whilst increasing urination. This in turn helps to flush out the bacteria that cause cystitis, reducing the likelihood of the infection spreading to the bladder and/or kidneys and may also help to reduce its duration. Its anti-inflammatory properties may help to reduce inflammation, potentially reducing the burning and pain that accompanies urination.
Allergy Relief
Elderberry’s immunostimulating and anti-inflammatory properties make it a great natural remedy for allergy symptoms. Inflammation of the sinuses, sneezing, itchy and watery eyes, swelling and a runny or stuffy nose can all benefit from this potent herb. It is thought to be particularly good for hayfever and strengthening the upper respiratory tract.
Elderflower's anti-catarrhal action is also effective in clearing congestion and runny noses caused by seasonal allergies.
Digestive Health
The high fibre content of elderberries can help to eliminate constipation, reduce excess gas and generally increase the health of the gastrointestinal system. The dietary fibre contained in these berries can also increase nutrient uptake efficiency, especially in the gut, helping you to get more out of the food that you eat.


DUE TO THE HUGE DEMAND AND GREAT SHORTAGE WE HAVE HAD TO INCREASE OUR PRICING.
These products and statements have not been evaluated by the Food and Drug Administration, and are not intended to diagnose, treat, cure or prevent any disease or illness.